Homepage
What we do
News and Publications
News
Cinematography is a wonderful thing: Success story from Dermantsi
Back

Cinematography is a wonderful thing: Success story from Dermantsi

“Cinematography is a wonderful thing,” exclaims 9-year-old Georgi from “Neofit Rilski” school in the village of Dermantsi, Lukovit municipality, “because we are all friends!” “We all work together in a team,” his classmate Melinda agrees enthusiastically. Daniel Simeonov, leader of the school’s cinematography workshops for children from 1st to 4th grade and a teacher at the school, shares that because the Bulgarian educational system puts a lot of emphasis on individualism, at times the students had trouble working together. However, cinema is built on collaboration and while initially everyone wanted to be an actor or actress, they soon came to realize that if there is no sound guy, there is no movie. Every role in the process is important. Once the children understood that they have to rely on each other, a very natural collaboration took place between them. Along with several impressive short features and animated films, carrying out joint (mixed grade) classes for the first time was a valuable product of the workshops in Dermantsi. The process itself excited the students and transformed them.

The cinematography workshops, a collaboration between Sofia-based non-governmental organization Arte Urbana Collectif and the school’s management, provided a rare opportunity for children outside of large cities to immerse themselves in a world of artistic expression.

The workshops were a natural progression of activities carried out over the prior three years when Daniel, who holds degrees in Film Directing, World Cinema and Pedagogy collaborated to two projects coordinated by Arte Urbana Collectif - CinEd and Cinema, one hundred years of youth. In this frame he worked with students from 6th and 7th grade to produce two short films and popularize them through participation in arts festivals both in Bulgaria and abroad.

With financial support from the Trust for Social Achievement (TSA), during the 2019-2020 school year Arte Urbana Collectif for the first time offered a full-term workshop to primary grade students of “Neofit Rilski.” The project was part of a broader TSA initiative to identify and support promising approaches to developing socio-emotional skills of young children from disadvantaged backgrounds, with a focus on Roma children. TSA invests in these areas because the early learning of Bulgarian language and the good socio-emotional skills of young children are a key precondition for their equal start in life. These skills have an impact on the successful development of cognitive processes and emotional abilities such as perseverance in reaching goals, ability to understand, express and manage one’s feelings, to understand other peoples’ feelings and to create quality relationships with them. However, Roma children often attend kindergarten only for the obligatory years and/or half-day groups more often than other children. As a result, children who have the highest need for an early start in learning, often have the least time for language adaptation and socialization in the kindergarten. This is why it is important to develop and introduce high quality methodologies for early learning of Bulgarian language and development of socio-emotional skills to support the equal chance for high educational achievements for all children.

With 2,200 inhabitants, Dermantsi is the largest village in the municipality. It hugs the riverbank of river Vit, which springs from the nearby Teteven Central Balkan range to the south and meanders through the fertile northern plains of Bulgaria until it flows into the mighty Danube. Most of the children who attend “Neofit Rilski” school come from disadvantaged families, with 60% of parents having less than a high school degree and a full third of students living in households where both parents are unemployed.

Daniel shares that during regular classes, students tend to form groups among themselves very early on, with little interaction between well-performing academically children and struggling children. The cinematography workshops managed to overcome this challenge: each student chose a role that corresponded to their strengths, which not only boosted their self-confidence, but allowed the other students to recognize and appreciate their peers in new roles and talents. Relationships between the children strengthened, which increased their motivation to go to school and hence to learn. Moreover, having to work together towards a concrete goal honed the students’ communication and inter-personal skills. 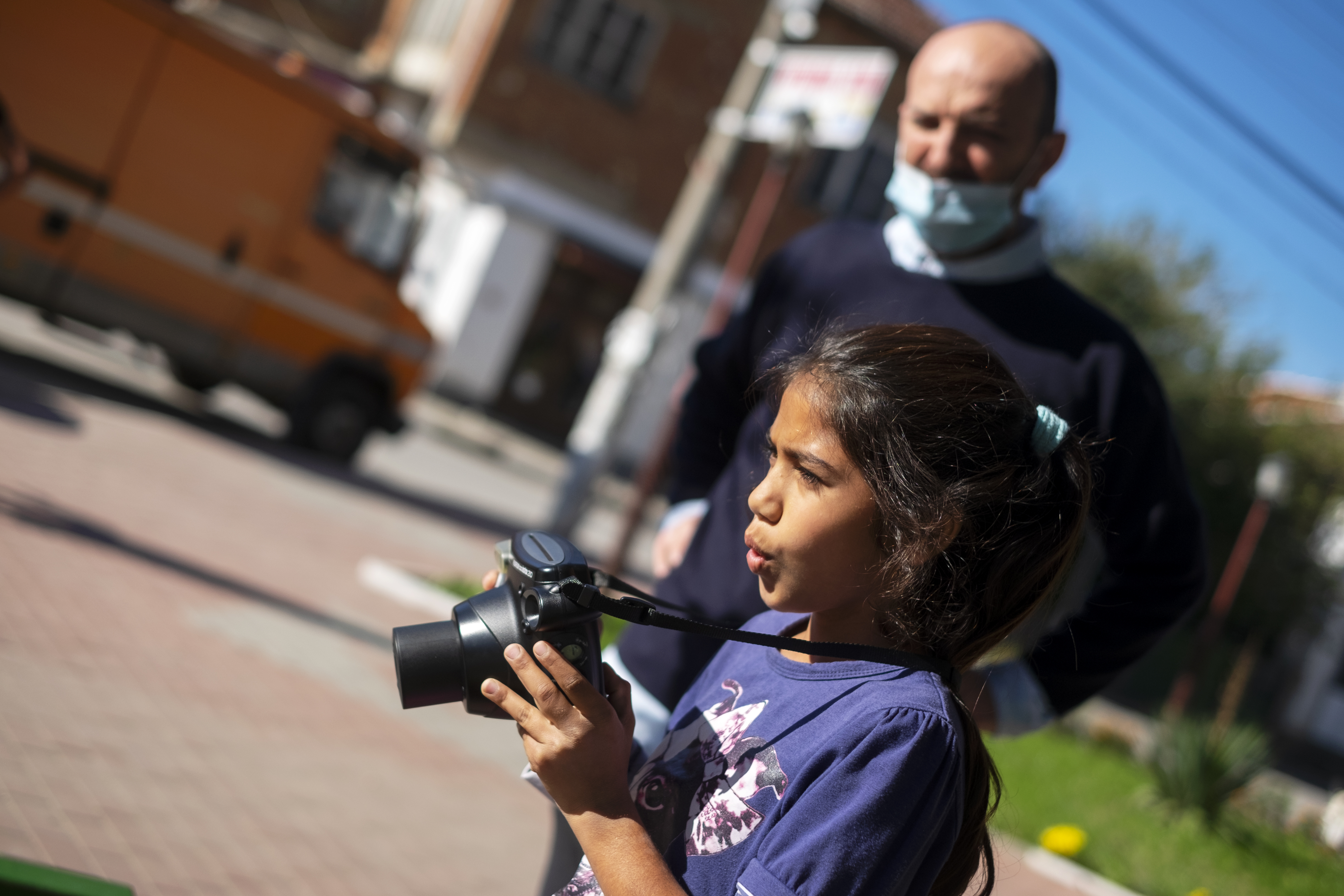 Ralitsa Assenova, co-founder of Arte Urbana Collectif and project manager, explains that self-expression and building self-confidence reinforce the development of teamwork skills: “When you know yourself and can express yourself individually, it is much easier to work in a team.” In a highly collaborative environment, individual expression is encouraged and valued. Daniel recalls a quiet third grade student who lagged behind his schoolmates academically. It turned out that he was very talented in inventing stories. He was even cast as the main character in one of the movies created by the students. He performed amazingly in front of the cameras; a natural talent who embodied his character perfectly. “At the start, he was a bit of an outsider who was almost unable to read, but he completely transformed during the film education process”, Daniel reflects. Another teacher at the school later shared with Daniel that the student had opened up a lot more and was becoming very good at math and Bulgarian. 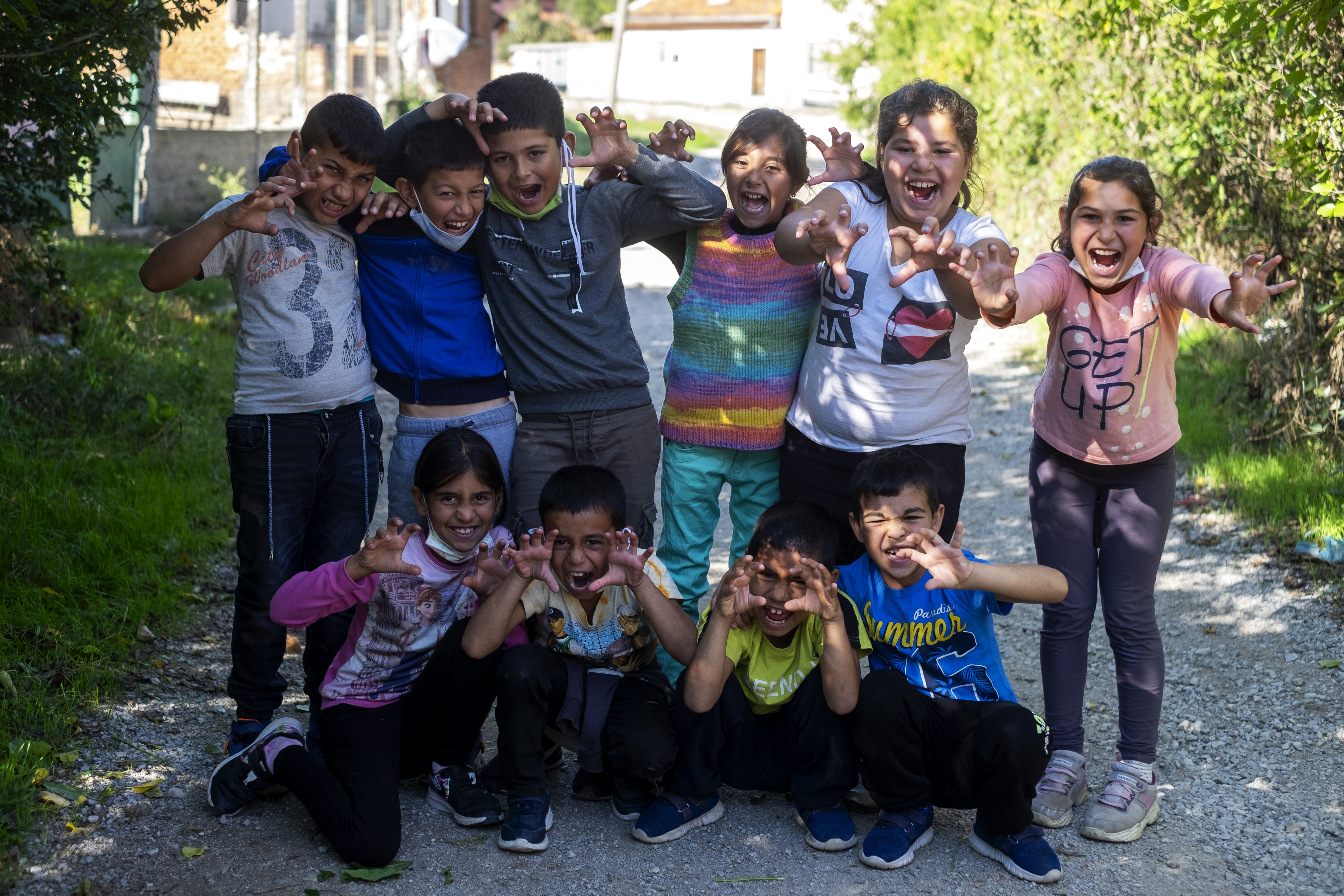 Altogether, 107 children from 1st to 4th grade took part in the cinematography workshops and together they created six beautiful final feature films and 28 amazing animations. Unfortunately, the COVID crisis prevented the children from participating in national and international arts festivals as initially planned. Instead, at the end of the workshop the students held a small opening night in the village with parents and other family members present. A beautiful community had been built around cinematography.

The project convinced school authorities that film education is valuable because it allows all students to excel no matter their background, it teaches them important life skills, and allows them to appreciate the beauty of art. Recently, the school received an “innovative school” designation from the Ministry of Education and Sciences. Beginning with the 2020-2021 school year, students in 4th grade study “Cinema” as a regular school subject. The Dermantsi project supported by TSA helped pave the way towards this goal – by proving impact and earning the support of all stakeholders; by providing an opportunity to prepare, test and adapt relevant curriculum; and by equipping the school with high quality cinematographic equipment needed to carry out activities. The project also demonstrated the benefits of participation of arts activities for early learners, in line with major research evidence that arts activities help children’s social and emotional development.